Some of my favourite writing blogs

So this is Christmas, another year nearly over. And what do we do around about this time of year? We tend to reflect on the previous one, what we've achieved, what we've won, new friends made, and what we've enjoyed. So just for a change, I'm keeping this short. Here are a very small selection of writing blogs and websites I've enjoyed. There are hundreds more but I've lately been reminded, no more than 250 words for a blog entry.

Emily Benet
She is the blogging queen of London. As well as working full time on her own writing, she runs blogging workshops, is a published author and writes short stories. She is also very funny.

Dove Grey Reader
Bookaholic, sock-knitting quilter who was once a community nurse. She writes about, you've guessed it - books. Lots of interesting reads and some bargains worth picking up.

The Reluctant Perfectionist
This is fairly new blog and is already attracting a lot of interest. A writer with OCD who writes about OCD, very interesting plus I like the symmetry!

Morgen Bailey
As well as author interviews, writing exercises and all sorts of other writing stuff, I've included Morgen for her sheer energy and writing resilience.

So, we have free resources, humour, books, positivity, perfectionism, writing exercises - all the things we need to write! 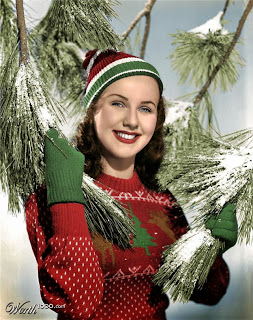 All that's left for me to do is wish everyone a very Merry Christmas and a wonderfully creative new year.
Posted by Rosie at 09:12 1 comment:

For some time now I have been feeling a wee bit schizophrenic, having to put on various outfits depending on what is happening out there in the fictional and real world. I feel I am losing my grip on who or what I am, or should be, or what I ‘ought’ to be writing on this blog. I see that other writers find a niche and they stick to it, whether it is chic lit, fiction writing in general or some other aspect of writing like publishing or blogging. I write fiction and non-fiction and I am also an activist and that is the problem.

I was very involved with Friern Barnet Library, and started a petition to re-open it. As well as campaigning for libraries, green spaces, and many other injustices, such as the way single mothers were ostracised in the 50s, 60s and 70s. I also co-run Greenacre Writers which involves various groups for people writing novels and short stories, workshops and the fantastic (recently renamed) Finchley Literary Festival. And on top of this, I keep my eye on issues that affect children in care and care leavers. I spent all of my childhood in care. I lived in a residential nursery, I lived with foster people, various family members and in children’s homes. So I have interests in many camps. In the last week or so I had been thinking about the new year and how this year I would be sticking to only writing about writing, I would not be tempted or sidetracked by political issues/stupidity. No, not me, from 2014, I would only write about writing and fiction. And then this happened:  Children to stay with foster families until they are 21 To which there has been celebratory response and I also join that celebration.

While it’s really fantastic that foster kids can stay with their families until they are 21 instead of 18, I question the legality of a decision that chooses one group of children in care over another. What happens to the children in residential homes when they get to 18? At the moment they have to leave. The current ruling excludes them. Approximately 9% of all children in care (68,000) will still have to leave care at 18. Is this just and fair? Natasha Finlayson, CEO of the Who Cares Trust, said via Twitter that it… 'Will be harder to extend support for kids in children's homes I think, but there is a rock solid equality case to be made.' I do not understand how a government press release that begins: ‘All children in care…’ can by the end of the first sentence conveniently omit nearly 7,000 children from the new legal duty on councils to provide support up until 21 years of age. These are the 7,000 children in residential care, children's homes, a minority not included in this new legislation. I dread to think how the children in those homes will be feeling after this news but having been in care myself, I can imagine.

Ben Ashcroft is author of 51 Moves a story that chronicles the harrowing experiences of the social care and welfare system and his journey - the 51 times he moved premises between 9 and 18 years of age and its impact. He told me that many young people in children’s homes had contacted him to let him know of their distress and despondency at the news. Ben said, ‘There are a lot of us fighting the corner of young people in homes. They deserve so much better than to be treated like this. The stories of anger I have heard since yesterday from young people. They are feeling it! People need to stand up and be counted as all these young people deserve to be treated equally until 21. Nice to see so many people who do care!!’

Ben also shared a message from a 15 year old in a children’s home: ‘Just because foster children are settled in a family environment does not mean that young people in residential [homes] are not. I would love to live here until I am 21.' Ben added: ‘If you are in support of young people in children's homes getting the same support as Foster kids until 21+ please join our campaign. [Twitter @AshcroftBen and see details of the petition below.] It is only fair all looked after children get support until 21+ no matter where they live.’

It was while I was Tweeting my support to Ben that I saw another Tweet from Ian Dickson who is one of the organisers of The Christmas Dinner.* Some people don’t like Crowd Funding, but this is one that will add to the enjoyment of your Christmas dinner by helping young homeless care leavers who could possibly be searching rubbish bins for their Christmas food. Ian asked in Tweet speak: ‘…what happens if an 'older' foster placement breaks down? Res care or the street? Needs discussion.’

I realised the enormity of this was mind boggling, one day an 18 year old foster person is in care looking forward to three more years of having a home, the placement breaks down, as they often do, and the next day the young person is in a residential children’s home. Does he/she suddenly have to get out of the children’s home having lost the 3 years he/she would have gained in a foster home? I don’t know the answer to this question but whether it happens over days or weeks, there is NO government financial support for kids in children’s homes over 18 years of age.

And what effect will this legislation have on children in care who have already been separated or rejected by family - sometimes via the courts and ‘parent’ state that is supposed to protect them. Suddenly the 7,000 have become second-class citizens again, without a voice by the very institution that has very recently said in the Care Leavers Charter: ‘We will make sure you do not have to fight for support you are entitled to and we will fight for you if other agencies let you down…’ So what will the government do now - fight themselves?

And what can we do?

So, there you are, another campaign underway. It's not as if there aren't campaigners that are also writers, George Orwell for instance, who wrote 1984; and Alice Walker who wrote The Colour Purple and many other social change books. She even describes herself as having been "an activist all of her adult life" and she writes fiction. So it looks as though I’ll have to put up with my split-writing personality for now, I didn’t even get to make a new year’s writing resolution before the activist in me took over and made me write this blog!
. 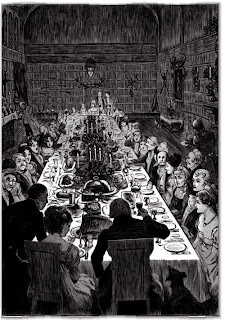 *The Christmas Dinner is a pop up organisation founded by the poet Lemn Sissay MBE. Ian is part of a group of 12 professionals. Their aim is to provide a Christmas Day Dinner for care leavers aged between 18 and 25 on Christmas Day in Manchester. Many care leavers are sat in flats, B&B’s, hostels, away from family or are sofa surfing and indeed living on the streets on their own at Christmas. Christmas is a reminder of everything they never had. It's often a dreaded day. Not now. They will put on a scrumptious Christmas meal and create a magical day to remember at a secret location in Manchester where they will provide dinner for forty 18-25 year olds.

*Another worthy Christmas cause is the Topѐ Project,  a volunteer run, youth led project, aiming to combat loneliness for care-experienced young people. The Topѐ Project is named after a 23-year-old care leaver who took his own life in 2010. His death had a profound impact on the young people who knew him, and after this tragic event the group came together to look out for and support one another. Each year since, the group has come together during the holidays for a Christmas celebration. Many care leavers dread Christmas and find it an isolating time. They are often not in touch with previous foster families or children’s home and spend the day alone in independent accommodation.

All that's left for me to do now is to wish everybody a very Merry Christmas.