Just recently a friend wondered how I found books to recommend. I told her, I tend to use Twitter. A lot of people that I speak to both via Social Media and person to person, complain that there is a lot of bilge out there and on Twitter in particular. So how do I filter the information? Of course it depends who and how many people you follow as to the amount of information that appears in your feed. One way to filter the stream of material is to make lists and divide your followers, which is possible on Twitter.

My main interests via Twitter are literature, care leavers and libraries and I'm passionate about all three.

Once we are following accounts and people are following us back, we get into the business of trawling through the vast amounts of tweets and deciding what we want to read more about by following links. For me it is usually a new book that catches my eye or another library under threat or the government failing in their corporate parental role. And then there are literary events which are fun to attend, you get to hear an author speaking about their book/s and the writing process and you can choose to have your book signed. Twitter has changed the way we see authors, they are not hidden behind closed doors feverishly typing away anymore. Well they are, but they occasionally emerge on Twitter which means they are also accessible and we can have 140 character-type conversations.


Antonia Honeywell attended the Finchley Literary Festival in May, and was chatting to a member of the audience about the publishing world. I didn't have a clue what she was talking about. The publishing world is a mysterious entity to me. I know a bit about books and the authors I've read and that is mainly it. However, as I'm starting a Creative Writing PhD in September, I felt I should at least be a bit more aware of what is happening in the literary world. So I've been making more of an effort to keep an eye on book reviewers, debut novelists, and attend some literary events.

One book reviewer in particular caught my eye, and that was Naomi Frisby @Frizbot - she is also doing a PhD and reviews books written by women – old and new, literary and commercial, fiction and non-fiction with the occasional YA title at the aptly named The Writes of Woman. If you want to learn about women and writing, this is the blog to look at. Naomi's In the Media section is an education all on its own.

A Life in Books @alifeinbooks picks out snippets of book news that interest her and hopefully others, She discusses some of the books and alert readers to titles that might not find themselves in the glare of the publicity spotlight. She tends to tweet about literary fiction and interesting debuts.

Women Writers, Women's Books @WomenWriters are an online literary magazine by and about contemporary women writers from around the world.

JacquiWine's Journal @JacquiWine interests includes a range of literary fiction, both contemporary and older works – novels, novellas and short story collections. As well as the occasional non-fiction book, Jacqui is particularly interested in world lit/literature in translation, anything noirish/hardboiled and relatively modern classics.

And now for some boys: 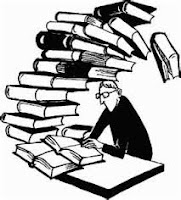 Tony's Reading List @tony_malone focuses on fiction in translation. German and French writing (mostly in the original language) and Japanese literature (AKA J-Lit!), plus taking in the best the world has to offer, including an increasing amount of Korean fiction over the past year or so.

Savidge Reads @SavidgeReads Simon Savidge is a book-a-holic, and blogs about older stuff, lesser known writes, quirky and the more contemporary literary big reads (though not all of them). Simon was a judge for this year's Jerwood Fiction Uncovered. He's also a Persephone fan.

Read in Colour @readincolour US Blog about writers of colour including African-American, Asian and Latina. Ghana, India, Nigeria and Zimbabwe plus WOC for children and YA.

Guardian Books @GuardianBooks has the latest information about books including prizes, News, Talking Points, Non-Fiction Reviews, Fiction and Poetry Reviews, People, Regulars, Children's Books, Pictures, Video and Audio, You may have missed section and popular hits within the books section.

I hope my tips and lists help you manoeuvre your way round the interesting though slightly confusing world of the Twitterspere.

Posted by Rosie Longstocking at 15:58 No comments: