Diary of a festival organiser: Day 5

The afternoon began with a real treat. The Reader Organisation had organised two sessions to take place at North Finchley Library organised by Ruth Cohen and Paul Higgins. 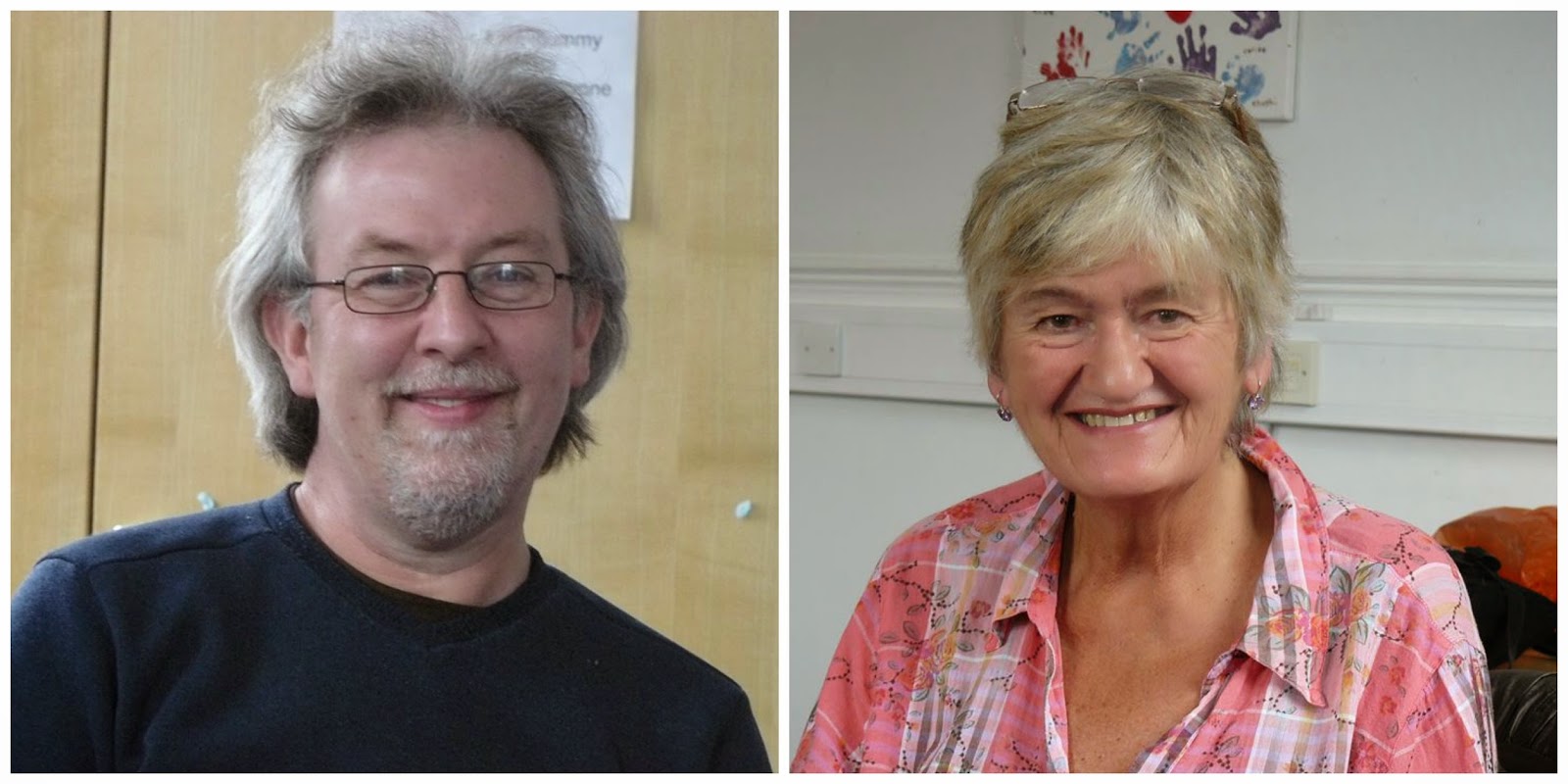 Ruth and Paul are old friends of mine – Ruth because she is a Greenacre Writer member in the Short Story group and Paul because I met him when I trained as a Shared Reading Facilitator back in Autumn 2011. For this event, I had decided I would be a participant. The session began with us introducing ourselves and Paul told us a little bit about The Reader Organisation which you can find out about here.

Paul then began reading a short story, it was about two people that meet in an unfamiliar airport and how through questions and answers they get to know each other and maybe even fall in love a little. We read a little, spoke a little and laughed a lot. Then we shared a poem, which was very moving all about another world when people would have time to stop and stare.
It was such a lovely respite for me as I had been rushing around all week, in fact weeks with the organisation of the festival and I left the library feeling totally refreshed.
Meanwhile, Mike was attending Maggie Butt’s ‘How to get your poetry published’, at East Finchley Library which he said was an eye opener and he even read his poem, Death of a Seaside, a lovely piece about a run down hotel by the sea. 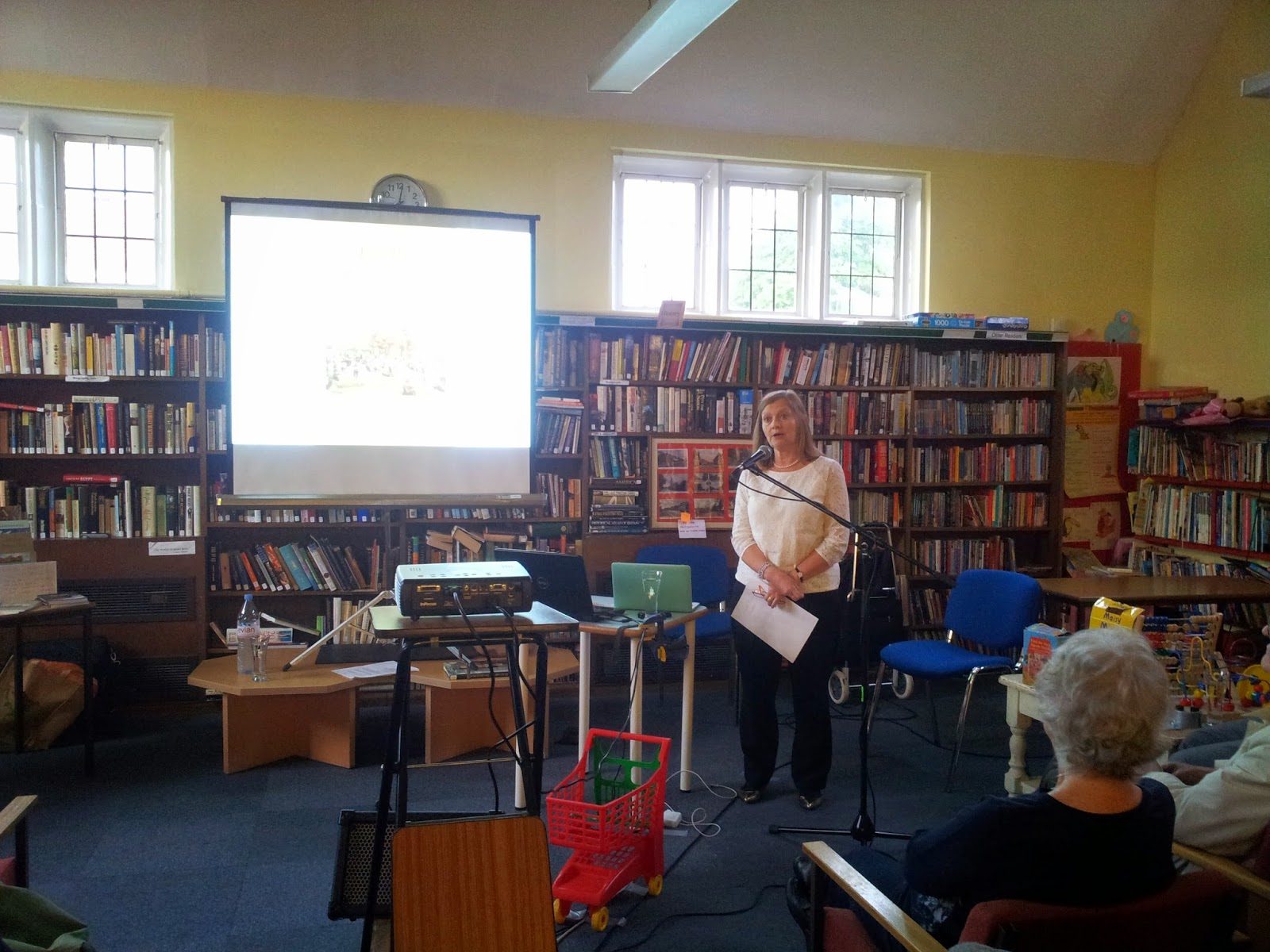 After a quick rest, it was all hands to the deck again for Maggie Butt’s ‘Ally Pally Prison Camp’ presentation and Mick Crick's 'Private John Parr' talk.

Did you know Ally Pally was once a prison camp? Maggie has written a book, you can find out more here

I have to confess I missed Paul Baker’s literary walk, it just was not possible to attend every single event. You can find out more about Paul’s walks here 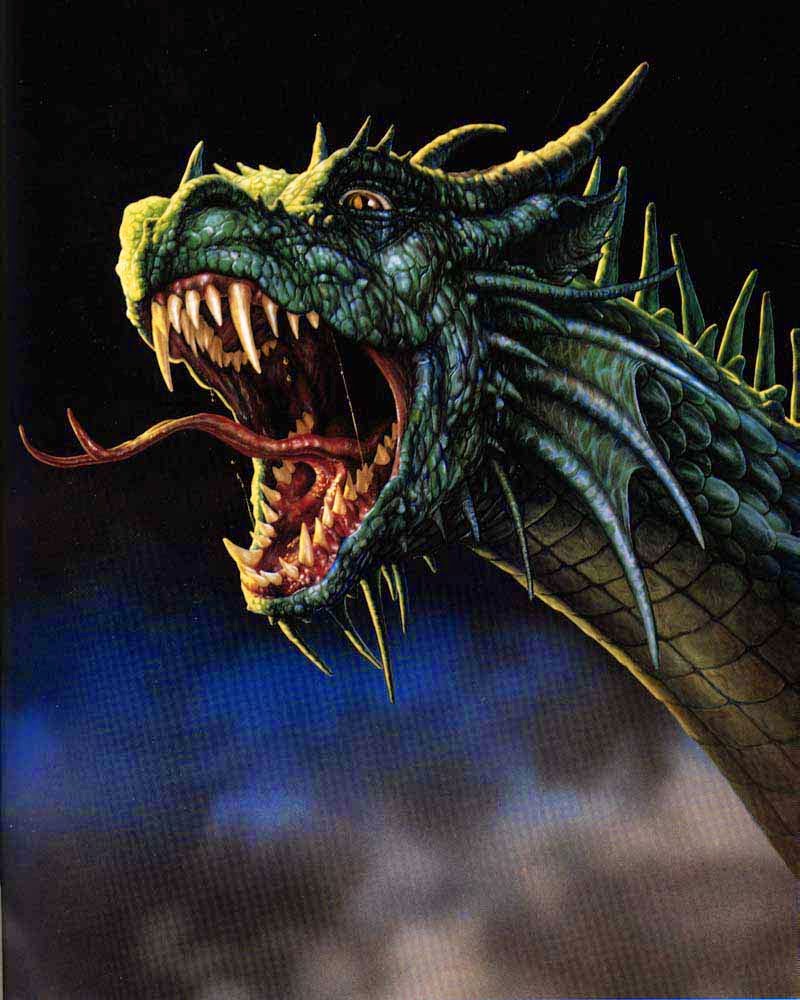 As Paul’s walk was coming to an end, we were setting up a small cave for Finchley’s Dragon’s Pen. Church End Library who have provided such excellent support for the festival, gave us a room which we prepared for Gillian Stern, Cari Rosen and Mary Musker. It was quite an odd experience for me because I had put myself down for a slot to present my writing and at the same time, I was meeting and greeting and introducing other victim writers for the lovely beasts. It was an interesting experience, pitching my writing, selling myself, and one that I enjoyed once I got used the dragons’ fiery breath.

As the event finished, the very professional Allen Ashley was up the High Road in North Finchley library preparing for his creative writing family workshop which was also well attended.

Allen then did a quick turnaround and headed toward Friern Barnet Community Library where he was hosting the ‘Spoken Word’ showcase.

As well as local writers and poets, we were joined by Theresa Villiers MP, who came especially to support the Finchley Literary Festival. Theresa used to support the Greenacre Bicycle Rally, so it was very nice to see her and you can find out here whether she enjoyed the evening.

The highlight of the evening for me was Allen's poem, 'The Mill Hill Boys', all about what it is like to come from Finchley and be in a band with the Mill Hill Boys. I hope to hear it one day set to music.


Posted by Rosie Longstocking at 15:47 No comments:

Diary of a Festival organiser: Day 3

I had a lay in this morning but not for long as the phone was soon ringing with enquiries:
'Do I have to book to attend the 'Meet the Authors', event at Waterstones?
or
'Is 'How to Kill Your Darlings', a workshop or a talk?'
and many more. 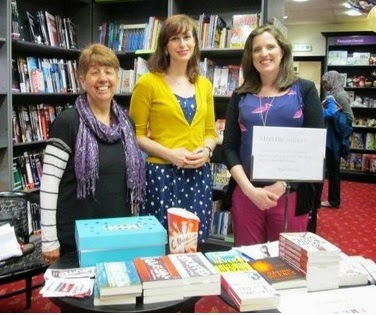 On arriving at Waterstones, a laid-back Miriam Halahmy and Lindsay were blowing up balloons. I marvelled at both her and Lil Chase's calm exterior thinking back to the anthology launch when I'd been rushing around. It seemed these published, stalwart authors had something to teach me. 'It's not like a reading,' said Gina Blaxill, 'then I would be nervous. We're here and if they come, they come, and if they don't, well, it's still been fun!'

I grabbed a handful of Finchley Literary Festival leaflets and stood outside encouraging passer-by children and parents to come and 'Meet the Authors'. 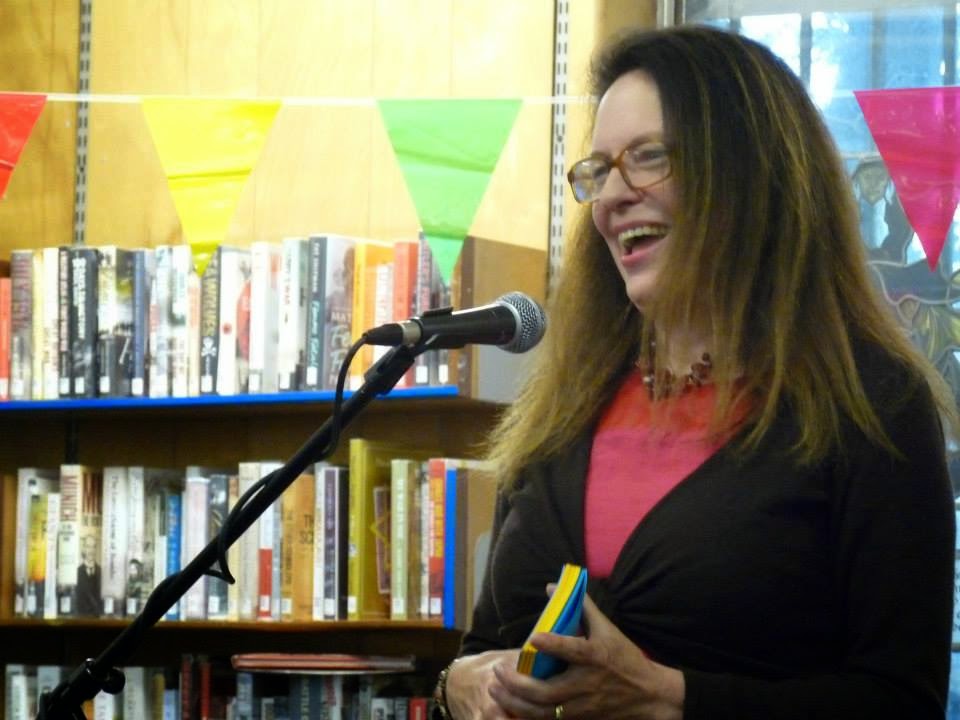 Soon it was time for Lindsay and I to say farewell and jump on a bus to Finchley Central Library, we are after all Greenacre Project peeps and believers in sustainability and less car use. We arrived just in time for Bettina von Cossel's excellent 'How to Kill Your Darlings' Murder, Mystery, talk. To be a really good murderer, on paper only, one has to attend crime workshops to meet pathologists and detectives, or wear really high heels so one can trip at the top of the escalator and accidentally push our darling down the stairs. Bettina, a rather leggy brunette, donned sparkly high-heels and showed us just how to do it, using her son as a willing victim. She also told us how she once thought of using The Queen as a character in one of her novels and wrote for permission, the response from the palace included, 'Her majesty was pleased to be made aware of your project'.

I didn't rush home for a break after the murder workshop as it was straight to the library in North Finchley for the next event, 'A Way Forward through Publishing'. Carol Sampson and I were setting up the equipment which was a hoot because I have a memory that very rarely works and couldn't remember which plug went where or which buttons to press. Still with a bit of help from Carol, we managed fine and felt quite chuffed, especially as it was a full house. Self-publishing is a very popular subject. Writers are fed up of waiting for a contract, and nowadays there are so many options from e-publishing, to On-Demand printing to a full package that includes advertising and a several thousand print run.

Thankfully, Murni and Carol went to A.L. Michael's 'Write Here, Write Now', workshop held at Friern Barnet Community Library, so I really did get a lie in! The workshop was well attended and you can read a bit more about it from Murni here. 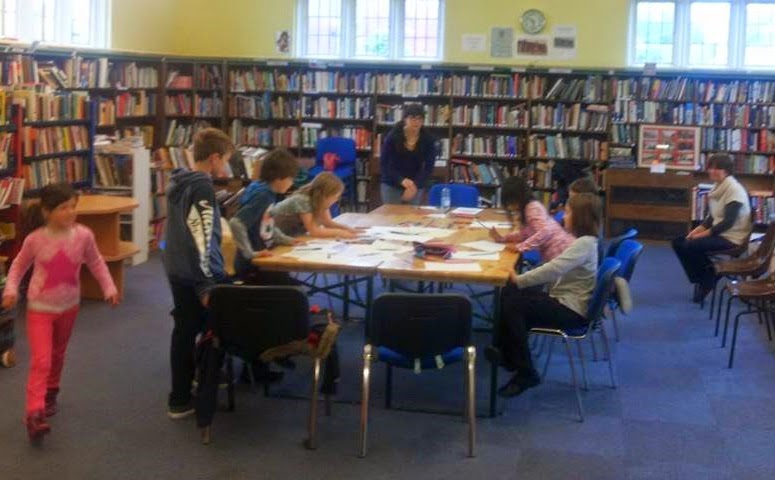 Lucy, our lovely photographer picked me up after lunch and we went to Mike's house to pick up equipment, but when we got to the library it seemed we had forgotten the projector! Mike to the rescue, and just as well because he knows exactly how to set up the library for a film show having set up many for his secret green spaces slide shows. There is a knack and unfortunately being equipment-setting-up-illiterate, I do not have it. Panic over, Theresa Musgrove, alias Mrs Angry, infamous Bloggadeer, arrived from behind the glass screen where she usually sits presiding over the Borough of Barnet keeping an eye on the naughty antics of councillors and privateers, looking very bright and cheerful. 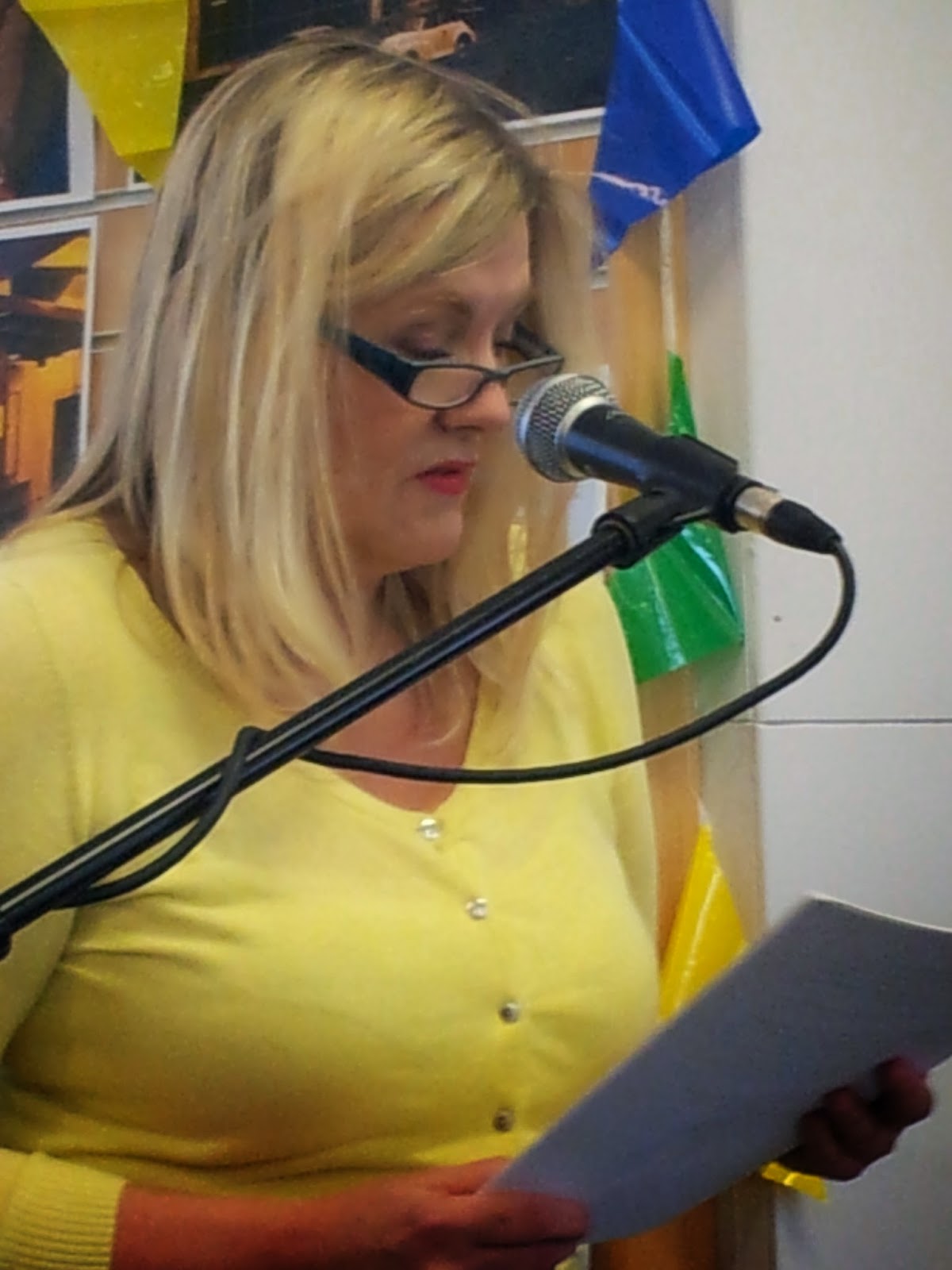 Although she writes about local politics, she finds it increasingly difficult to prevent irrelevant references to local history seeping into her work: this talk explored one of those themes, the associations of Charles Dickens with many locations in the borough, including some newly discovered material which probably raises more questions than it answers ... the story of a bootmaker, a mortgage, the Sultan of Hendon, bodysnatching - and a tale of two workhouses' ... It was fascinating and the library was absolutely chock-a-block!
Posted by Rosie Longstocking at 12:03 No comments: