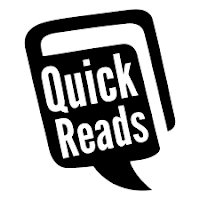 I attended both as a huge supporter of Quick Reads and in my capacity as Senior Library Assistant at the medical library in the North Middlesex University Hospital to pick up the latest six titles. 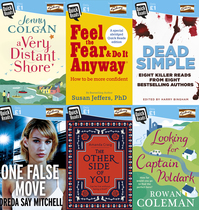 The evening began with Fanny Blake, Chair of the panel, introducing the authors:

Dreda Say Mitchell's books are inspired by the gritty, tough and criminal world she grew up in. She still lives in London's East End. In 2016, she became a Reading Ambassador for the Reading Agency to promote literacy and libraries.

Mark Billingham Mark Billingham was born and brought up in Birmingham. He is the author of 16 novels. Time of Death is the 13th Tom Thorne novel and is currently being adapted for television by the BBC.

Harry Bingham is a successful crime thriller author and the creator of one of the most critically-acclaimed and engaging female protagonists in crime fiction in DC Fiona Griffiths. He also runs The Writer's' Workshop, an editorial consultancy for first-time writers, and organises the York Festival of Writing. He lives near Oxford.

Clare Mackintosh spent twelve years in the police force, including time on CID, and as a public order commander. She left the police in 2011 to work as a freelance journalist and social media consultant and is the founder of the Chipping Norton Literary Festival. She has written two novels. She now writes full time and lives in the Cotswolds with her husband and their three children.

Fanny Blake asked Dreda Say Mitchell: Why did you want to be involved with Quick Reads?

Mitchell said she had been working with the Reading Agency for some time including the six book challenge. The first place she came across QR was during her work in prisons. She felt they worked well for prisoners, many of whom have reading difficulties, as QR are mature adult stories and work cognitively at adult level.

Mitchell grew up in the East End where she noticed girls progressed more than boys...some of the girls may have had babies young but would then later in life go into education.
She explained how her work in prisons evolved. "Somebody close to me ended up in a Detention Centre while I went to university and it affected me deeply.

One False Move by Dreda Say Mitchell (Hodder) - is a gritty novel set on the Devil's Estate in London, the same setting as her recent Flesh and Blood trilogy.

A young mum just out of prison, wants to go straight. Something happens and she only has twenty-four hours to get out of the dilemma and create a better life for her young daughter.

Fanny Blake asked Mark Billingham if he had encountered any problems while writing his QR short story:

Gillingham replied it had been great. And that when writing a short story there were certain things you didn't do, like going off on tangents. Making every word count. The short story is not in a good place publishing-wise. Plus it's harder to write. In the crime short story there's only room for only one twist. And how the prose ends up being muscular - hard boiled. His QR short story in the anthology is about a game of scrabble in prison.

Harry Bingham on the other hand, found it hard to go from his natural crime novel writing to something like the QR short story. He overcame this by thinking of a reader who may be encountering a crime story for the first time. As it's only a few pages, there should be little twisting and more emphasis on solving the conundrum.

He also spoke about putting the crime anthology together and how he thought about an emerging reader - "you wouldn't want Noddy stories", he wanted a gender balance and feels the collection is like a chocolate box with a diverse list of author stories to choose from.

Clare Mackintosh replied there was an absence of it. She grew up with books in every single room unlike the vast majority of people coming in to custody who couldn't read or write. Mackintosh felt literacy was creating an unfair divide. She came across QR when organising a literacy festival and thinking about literacy and accessibility. She read some QR because of event. Mackintosh added she had been terrified of writing the short story and found it really hard.

Dreda Say Mitchell grew up without books in the house with only her dad's tabloid newspaper and mum's bible. But her mother made sure they went to their local library once a month so they had access to books. There was always more of an oral tradition in their house.

Fanny Blake asked the panel how important was setting?

Mitchell replied that she is a lover of London and loves writing about the East London, it's a rich and diverse character.

Billingham said London had become a character in his books. But that he had a love hate relationship with it, i.e. writing about the city that has so much happening underneath and then standing on a bridge by the Thames and thinking wow! Crime writers can give a good introduction to a city, for example, if you want to know about Edinburgh just read Ian Rankin. He said, there was no point setting place somewhere dramatic if you can't write about it

All the authors agreed that a good sense of place sells a book.

Clare Mackintosh spoke about how the open landscape can be quite threatening, that she sometimes finds London threatening and will walk around like a person about to be mugged! She tends to research feelings rather than places and used to spend a lot of time sitting on the circle line to see how this felt for one of her characters.

Mark Billingham wanted to set the record straight, he did not wear a false baby bump when writing about a pregnant women! He tends to do less research these days, felt he had wasted time in the past researching, trying to get it right and yet still getting spoiler letters. He once placed a Starbucks in Brixton, when it didn't have one and immediately received letters: "I think you'll find there is no Starbucks in Brixton!" He said that some writers have a fetish-like approach to research, though things like DNA and getting that right is paramount.

Fanny Blake thanked the authors and handed over to the audience.

A question from the audience:
Do you have to have a devious mind to be a crime writer?

Harry Bingham:
No. You have to be in tune with your character. Bingham thinks about the crime, what it is, what it looks like. Is that devious? No, that's professional.

Mark Billingham:
No, you have to be a reader. He always has one looking over his shoulder when he's putting together a plot, and often thinks, that would fool them! "I create the best performance that I can". The key to creating suspense is the cliffhanger and characters that readers care about that makes them utterly gripped.

Another question: How are you matching up the young men with the books (Earlier in the evening the writers discussed how men tend not to read fiction as much as women)

Sue Wilkinson, CEO of The Reading Agency answered:
It's challenging and I can't ever say you do one thing. There are books available in public libraries and getting a book into young peoples hands is one of our aims. We go into public libraries, adult learning organisations, colleges, workplaces and prisons with the Reading Ahead scheme (formerly called the Six Book Challenge) it's a gateway. We support young people and adults by changing their perception of reading, opening up opportunities and building their confidence. The programme isn't just about books - it's about newspapers, magazines and websites too. The new name reflects this to help those for whom books might be a barrier to joining in. When they've read six things, they get a certificate. It might be the first time they've ever got one. "It's my job to get you reading and then you get your friend reading and he gets his friend reading and so on plus it's also important to see family members reading so we work with parents too."

Fanny Blake closed the panel discussion by asking the crime writers for their crime novel recommendations: 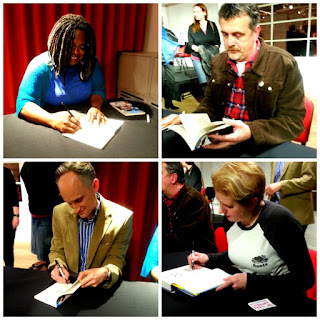 Posted by Rosie Longstocking at 13:40 No comments: